US employers are getting ready to dish out the biggest pay raises in 15 years, a recent survey shows. But with inflation on the rise, the increase may seem like a drop in the bucket. The cost of essentials is eating away at workers’ paychecks, and given the tight labor market, many companies are increasingly offering financial incentives to attract and retain workers.

Here’s what else you need to know to Get Up to Speed and On with Your Day.

(You can get “5 Things You Need to Know Today” delivered to your inbox daily. Sign up here.)

The House select committee investigating the January 6, 2021, insurrection at the US Capitol was given a letter that said the Secret Service erased text messages the day of the riot and the day leading up to the violence. The letter, obtained by CNN, says the messages were erased “as part of a device-replacement program” shortly after they were requested by oversight officials investigating the agency’s response to the riot. This comes as the Secret Service has been in the spotlight following testimony describing how then-President Donald Trump angrily demanded that his detail take him to the Capitol following his speech on January 6 – shortly before rioters breached the building. A police officer in Trump’s motorcade has corroborated the details of the heated exchange, a source familiar with the matter told CNN.

President Joe Biden today is meeting with Palestinian officials before heading to Saudi Arabia for the final leg of his closely watched Middle East trip. The meeting comes as Biden continues to advocate for a two-state solution to the Israeli-Palestinian conflict, although he says he does not see such an arrangement materializing in the “near term.” In a statement, Israel’s Prime Minister Yair Lapid said Biden’s visit to the Middle East has shown his “commitment to Israel’s military and diplomatic strength” and had “moved the entire country.” A senior administration official said Biden will announce several measures aimed at supporting the Palestinian people, including US aid for hospitals and refugees, as well as efforts to upgrade Gaza and the West Bank to a 4G network.

Why Palestinians are pessimistic about Biden’s visit

Emotion fueled a debate on the Senate floor on Thursday as Republicans objected to taking up a Democratic bill that would guarantee a woman’s constitutional right to travel across state lines to receive abortion care. The Democratic bill, called the Freedom to Travel for Health Care Act of 2022, would additionally protect providers in states that support abortion rights from lawsuits for helping women from other states. Meanwhile, Indiana asked the Supreme Court on Thursday to speed up the process of officially transmitting its opinion overturning Roe v. Wade so the state can put its strict abortion law into effect. The request comes as more than half of the states in the US are expected to bar or severely restrict abortion.

Sri Lanka’s President Gotabaya Rajapaksa, who fled the country earlier this week, has formally resigned, the parliamentary speaker confirmed earlier today – capping off a chaotic 72 hours in the crisis-hit nation that saw protesters storm the capital. Rajapaksa’s departure from office marks a major victory for the protesters, who for months have demanded the removal of both the President and Prime Minister Ranil Wickremesinghe. Many in Sri Lanka blame Rajapaksa for the country’s worsening situation, with runaway inflation and shortages of fuel and food impacting everyday life. But while Rajapaksa is now out of the picture, his close political ally Wickremesinghe remains firmly in place – and was sworn in as Acting President today.

As a global outbreak of monkeypox continues to grow, public health officials are stressing the importance of education in fighting the virus. “I am concerned by the scale and spread of the virus,” World Health Organization Director Tedros Adhanom Ghebreyesus said this week. Monkeypox spreads through close contact, causing pimple- or blister-like lesions and flu-like symptoms such as fever, according to the CDC. There have been previously documented cases in the US, including two in 2021, but nothing on the scale of this current outbreak, which has exceeded 1,000 documented cases, according to the CDC.

Dog-gone it. There’s always a chance an accident will happen when dogs are incorporated in weddings. Watch the funny moment here.

Which of these stunning structures do you think will win the prestigious World Building of the Year title?

Fans are already in formation for the release of her new album “Renaissance” later this month.

11 of the world’s most dangerous hiking trails

Proceed with caution… these challenging trails are not for the faint-hearted.

Chip bags and sodas are going mini! Learn why small-format snacks are among the biggest food trends.

Which major change will soon be introduced to Netflix?

Ivana Trump, a longtime businessperson and an ex-wife of Donald Trump, died Thursday in her home in New York City, the former President posted on Truth Social. She was 73. According to a statement from the New York Police Department, police received a 911 call in the afternoon and found a “73-year-old female unconscious and unresponsive.” Ivana Trump was the mother of Donald Jr., Ivanka and Eric Trump.

That’s how much monthly Social Security checks could increase by next year, according to a new estimate based on the government’s latest inflation report. Social security recipients received a 5.9% adjustment for 2022. But inflation has outpaced that, leaving many seniors struggling to pay their bills. The average monthly retiree benefit is currently $1,668.

“This is the day where we declare that hate did not win, that hate was defeated.”

– New York Attorney General Letitia James, on the reopening of Tops Friendly Markets today in Buffalo, New York, two months after 10 people were killed when a White supremacist allegedly opened fire on shoppers inside. The store, which is in the heart of a predominantly Black community, has undergone a complete renovation, with additional safety and security measures in place. The store also created a memorial inside to honor the shooting victims. 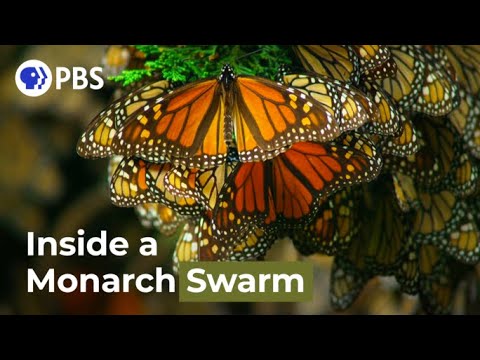