Tooth decay, or dental caries, is caused by prolonged exposure to acids produced by bacteria in the mouth. We cannot avoid bacteria in the air. When we breathe it enters the mouth and attaches itself to everything, including the teeth. In fact, there are more microcosms in one mouth than there are people on the earth.

Sugar is the main culprit in tooth decay, because that is what the bacteria eat. Bacteria then produce acids as a byproduct. Those acids eat at the enamel of our teeth, until hole or cavity in the tooth appears.

Our story begins in the 17th century, when sugar plantations developed in the “new world.” Until then food was produced and prepared with much less added sugar. Then the 18th century saw sugar beets being harvested in England. Now, virtually everything we consume, from cereal in the morning to steak and eggs at night contains extra sugar. Bacteria on our teeth count themselves lucky to live in the 21st century, where there is an almost unlimited supply of free food for them to thrive on.

We are in cahoots with sugar and bacteria when we do not brush and clean our teeth. Leaving the bacteria to feed upon sugar and produce acids in our mouths allows the bacteria time to form a visibly organized colony between the gums and the tooth that we call plaque. Plaque actually acts as a cover for the acids that sit on the surface of our enamel. Without cleaning, acids will eat at out enamel almost at will, creating tooth decay and dental caries.

Decay is demineralization. In other words, the outer tissue of the tooth is so hard because it is 95% mineral. The inner tissue of the tooth, dentin, is a little softer because it is only 66% mineral. Normally, saliva is a natural remineralizer when acids have begun demineralizing, but when plaque is involved saliva is almost powerless to repair the damage. Acids will begin with a little hole in the enamel, and once it makes it through to the dentin, it eats the tooth tissue from the inside out. This means serious dental action: fillings, or even a root canal.

With plaque the acid concentration is also higher (Ph 4 or lower), packing a more potent punch through the outer enamel tissue of the tooth. Saliva could take two or more hours to even penetrate the plaque and begin the healing process.

There are a variety of preventative measures to take. I know people who have taken to a no-sweets diet to cut down on their sugar intake. There are many who bring toothpaste and a toothbrush to school or work with them in order to clean after each time they eat. Many more carry floss with them.

May I caution against two things? Please do not depend too heavily on fluoride. Little children who take in too much fluoride, even by swallowing toothpaste accidentally or unwittingly, develop dental flourosis, or yellow and white stains on their teeth in later childhood. Take it in healthy doses.

The second caution is to avoid too much brushing. People who brush excessively or applying too much pressure tear away the gums and expose the roots directly to the acids.

Now, may I suggest two things? Clean frequently and softly by brushing and by flossing. If you can hear the brushing sound as much as the other noise around the house, you are brushing too loudly. With brushing and floss, you don’t need to try too hard to eliminate the plaque or the bacteria.

My next suggestion is to carry around gum that is not only sugarless but also supplemented by a natural element called xylitol. Be careful that you choose a gum where xylitol is the leading ingredient. Xylitol fights against the habit bacteria has of settling into tissue to live. Xylitol is a natural bouncer, making cleaning throughout the day easier and cleaning in the morning or at night more thorough.

One transcendent element is sugar. It is almost impossible to escape, and it is not healthy to escape altogether. Though we cannot and should not escape it completely, we can control it and prevent its decaying effects on our teeth. 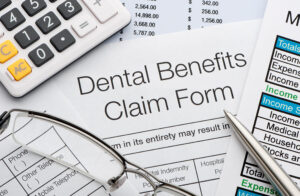 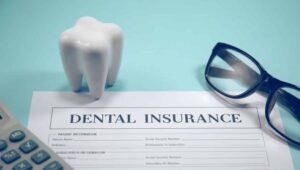 The Advantage of Medical Tourism or Medical Treatment Abroad

The Promise to Good Health

October 27, 2021 AKDSEO34
We use cookies on our website to give you the most relevant experience by remembering your preferences and repeat visits. By clicking “Accept All”, you consent to the use of ALL the cookies. However, you may visit "Cookie Settings" to provide a controlled consent.
Cookie SettingsAccept All
Manage consent

This website uses cookies to improve your experience while you navigate through the website. Out of these, the cookies that are categorized as necessary are stored on your browser as they are essential for the working of basic functionalities of the website. We also use third-party cookies that help us analyze and understand how you use this website. These cookies will be stored in your browser only with your consent. You also have the option to opt-out of these cookies. But opting out of some of these cookies may affect your browsing experience.
Necessary Always Enabled
Necessary cookies are absolutely essential for the website to function properly. These cookies ensure basic functionalities and security features of the website, anonymously.
Functional
Functional cookies help to perform certain functionalities like sharing the content of the website on social media platforms, collect feedbacks, and other third-party features.
Performance
Performance cookies are used to understand and analyze the key performance indexes of the website which helps in delivering a better user experience for the visitors.
Analytics
Analytical cookies are used to understand how visitors interact with the website. These cookies help provide information on metrics the number of visitors, bounce rate, traffic source, etc.
Advertisement
Advertisement cookies are used to provide visitors with relevant ads and marketing campaigns. These cookies track visitors across websites and collect information to provide customized ads.
Others
Other uncategorized cookies are those that are being analyzed and have not been classified into a category as yet.
SAVE & ACCEPT